While it is a common misconception that game testing is simply the process of finding bugs while playing through a game, there is far more to the process than this. Game testing is often a tedious and repetitious task, playing over a single scene multiple times, and focusing on things most people don't even consider when gaming -- until they're broken. Here's a brief outline of some of the things small devs should be testing for. 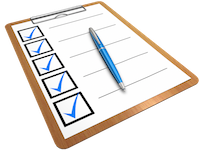 Some books list dozens of types of game tests in an effort to be comprehensive. For an indie developer, it can seem overwhelming, and that sense of overwhelm might lead to a failure to test those things that really can be tested by a one-person dev or a small team. You don't need a ton of combinatorial software or automation to test your game, just patience and attention to detail, far beyond making sure your game doesn't crash or hang.

Probably the most commonly known type of game testing is functionality testing. This type of testing ensures that everything in the game functions the way it should, from the menus to the NPC behaviors. When testing for functionality, you need to consider a large number of issues that can be visually jarring, or halt game-play completely.

Ensuring attention to detail when testing for your game's functionality will lead to a game with a more professional and complete feel to the players. Along with compatibility and platform testing, which is mostly dependent on the hardware and emulation capacity available to you, even small, independent game developers can create high-quality products.

If you want to know what you need to know to pass the ISTQB foundation level exam, this syllabus will help you prepare for the examination.

The Tough Life of a Game Tester

What gamer hasn’t dreamed about playing games for a living? While this may seem like a great career, and a cool way to get a first job in the games business, the truth is less appealing. In this article, game testers talk about long hours, low pay, and lack of respect in their jobs.

The ISTQB was founded in 2002 and has become the world-wide leader in the certification of competencies in software testing.

This paper, presented at the 2010 International Conference on Cyber-Enabled Distributed Computing and Knowledge Discovery, suggests a combination of blackbox, scenario-based and load testing of online games to speed up development time and reduce testing costs for developers.

Earning Money By Testing Video Games: Check Over Everything In The Programme: Viewing A Game’S Design
ISBN: B09BDVRNXW

Earning Money By Testing Video Games: Check Over Everything In The Programme: Living In The Video Game Industry
ISBN: B09BDJYVQS