Not too long ago, I discovered that keeping the music and sounds on when playing one of the casual games I have on my mobile phone improved my score compared to the times I played when I had both muted. Before this incident, I had thought that the sound and music were distracting qualities that would lower my performance when gaming. I certainly don't enjoy the repetitive sounds that emanate from video games, so I have generally played games with the music turned off. I wonder, now, if that has been hurting my scores and, if so, what is it about game music and sound effects that would make a difference in player performance? 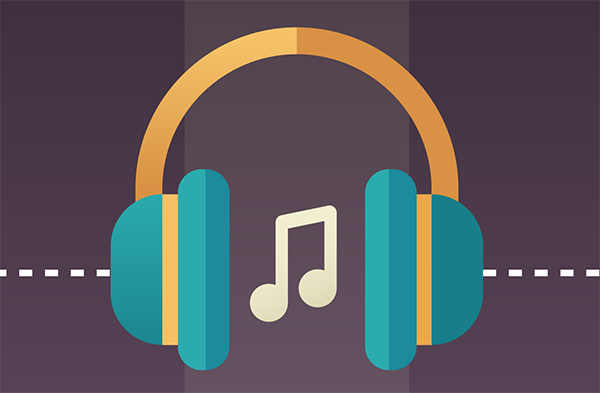 Video game designers have long assumed the importance of the soundtrack in video games (McDonald), recognizing it as a crucial component in drawing the player into the game world as well as creating and enhancing the player's excitement. For players, feeling part of the game world is an important feature of video games, and the soundtrack can also be used by game designers to provide clues about the level of danger or obstacles ahead in the game. The pressing question is: do added excitement, and subtle clues help or hinder the player's performance?

The first research I unearthed was from 2005 which found a statistically significant difference between the cortisol levels of gamers who played Quake III with game music on, versus those who played the game without sound (Hébert et al.). The group that played with music had higher levels of the hormone, which is often used by researchers as an indicator of stress.

The study focused on stress as it negatively affects health, and there are many issues with prolonged stress, however small increases in cortisol can have some side effects that might benefit a gamer, such as heightened memory and quick bursts of energy. I thought, therefore, that there would be a positive performance effect for the music group. Surprisingly, however, the 2005 study seemed to negate my hypothesis that video game music has a positive impact on player performance. The study showed that listening to music while playing had a tiny but noticeable adverse effect on the player's score and ranking.

Conversely, a 2007 study published in The Journal of Applied Social Psychology found no difference in performance at all when women played Doom with the sound off or on, but men performed the game twice as well when the soundtrack was on (Tafalla). This study also tested player stress by measuring players' heart rates and found that the soundtrack increased this measure in men only. Women's heart rates were largely unaffected by the soundtrack.

The authors note that while both men and women found the game more violent with the sound on, women were less enamoured with the violence of the game in general. "Men appear to be more interested in the video game and, given that they rate the game as more violent, perhaps it is the violence that they enjoy and to which they respond. The violent soundtrack appears to motivate men to play better, and this is revealed in their performance scores. "

Jumping ahead to 2015, a study from Australia on a soundtrack in a Multiplayer Online Battle Arena (MOBA) game found mixed performance when comparing sound to muted gameplay depending on the player, but overall team performance was improved when using sound. (Ng et al.)

So what can be concluded from all these mixed results? Possibly that the game soundtrack can be of assistance to players who are immersed enough and experienced enough in the game to pick up on the audio clues without being distracted by them, and who are enjoying the game enough to wish to enhance the world in which they are immersed. We also know that many of the stress responses that video game sounds can amplify have negative effects on the health and wellbeing of the player, so perhaps judiciously using the mute function is a wise choice when playing over extended time periods.

Interview with Mark Sweeney about The Ludomusicology Research Group

In this interview with Mark Sweeney, GAME discusses the activities of an important research group for the study of music and games.

The Role of Music in Videogames

The sophistication of electronic entertainment has come a long way since the days of 8-bit and MIDI soundtracks from classics such as Mario Bros. and the Legend of Zelda.

A History of Video Game Music

This feature offers a timeline of significant milestones in the evolution of video game music. It includes details ranging from pong on up to the modern era, with audio clips of some landmark games, as well as links to video clips of more modern games.

The Influence of Background Music of Video Games on Immersion

An empirical study looking at the role of a video game’s soundtrack can influence players’ immersion into the game.