When most people consider the video game industry, their thoughts center on either the studios producing million-dollar triple-A games or the independent studio games that proliferate on Steam -- that is to say, consumer games. However, the potential for the games industry goes far beyond these few common themes. There are many areas in health and mental care, for example, where video games are taking hold as preferred ways to create good habits, rehabilitate injuries, and provide therapy. 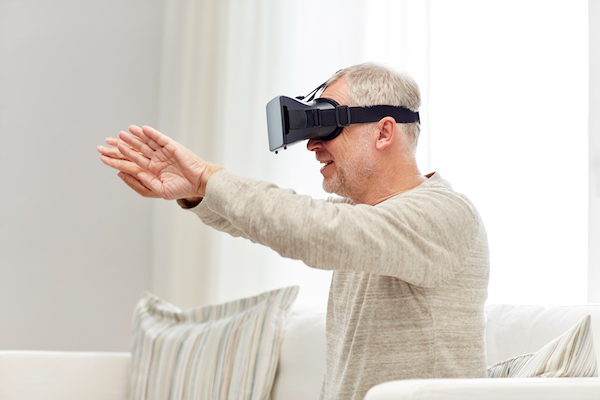 In recent years, many companies and industries have dabbled in gamification and serious games with mixed results. The successes, however, have proven that there is a place for games -- particularly video games -- in many different fields. In the future, you will see video games used in education, medicine, psychology, military, research, job training, and other areas we haven't yet imagined. If you are a student interested in pursuing a computer science degree in order to enter the game industry on graduation, you might do well to consider taking electives, or a minor, in a field related to health care or mental health so you are poised take advantage of some of these opportunities.

Here are some areas of health care that are currently exploring game development with some success and/or popularity:

There is no question that casual mobile games can become addictive. Some researchers, however, are learning how to tap those properties to change health-related behaviors such as smoking, alcohol consumption, weight management, physical activity, and self-management of chronic conditions. There is evidence that intervention health apps are already in demand. A 2013 study reported that some smoking cessation apps were downloaded more than a million times per month (Abroms et al.).

Where current health-related apps fail, for the most part, is two-fold. First, they are often not built in consultation with experts or in-line with clinical practice guidelines so, to state it simply, they are not effective. Secondly, they have low levels of engagement (Perski et al.) and most are abandoned after approximately three days.

It is the second problem that game developers can take advantage of. Mobile game developers already have the keys to high user engagement, often using that knowledge to increase revenue in their games. There is no reason that knowledge can't be transferred to a more altruistic cause, keeping users playing an app that will result in their improved health. A huge opportunity exists for developers of these types of games who are able to understand the current research and clinical guidelines for treatment, while also knowing how to create a dynamic, engaging game or gamified experience.

For those interested in pursuing this field, there are some guidelines for health apps created by the British Standards Institute in 2015 that might prove a good starting point for your app design, as well as some research on which gamification principles have been proven effective in behavior modification.

In 2008, two events converged - a rapidly ageing population and the introduction by Nintendo of the Wii gaming console. Suddenly, a console market that had been widely thought to only include a younger demographic was accessible to a new cohort. It seemed like every senior's residence was acquiring the console and hosting Wii Bowling nights. Physical therapists and clinicians also took notice, and an increasing number of them began prescribing Wii games as tools for rehabilitation for people at risk for falls or who were suffering from decreased balance after strokes or other brain injuries (Ravenek et al.).

Several years later, Microsoft released its Kinect controller for the XBox. Almost immediately researchers realized the possibilities its markerless movement sensing abilities could have for healthcare applications, and a number of companies have produced games and apps for delivering physical rehabilitation therapy in a home setting at low cost (Ma et al.).

While game consoles have started to move away from natural user interfaces like the Wiimote and Kinect controller, the need for these types of games is only increasing. There is a growing market for games that promote physical rehabilitation that should not be overlooked. Whether the new games will be delivered through a console like Nintendo's Switch, or through the use of the motion sensing abilities of mobile phones, there will undoubtedly be many opportunities in this field in the coming years.

Recently there has been an increased interest in the use of video games to assist individuals with autism with adapting to the world around them and developing needed skills. This field is particularly appealing because of the wide existing gap between the services children with autism need and those that they generally receive. Many children with autism also are attracted to technology and video games already, making delivery of therapy via this medium a natural fit (Hiniker et al.).

Video games are excellent tools for Autism Spectrum Disorder (ASD) interventions for a number of reasons. As mentioned earlier, many ASD children are already attracted to video games; video games tend to have a set of simple and straight-forward rules, pre-defined roles and goals, and a certain amount of repetitiveness, which all tend to mesh well with the competencies of those with autism; and most ASD patients have strengths that fall in the area of visual perception, which would make visually-based therapies such as video games optimal (Ern).

Games for ASD have covered a large number of skills from social competence, vocabulary, identification of facial expressions, and executive functioning. While there are many apps on the Android and Apple stores that claim to be assistive for ASD children, there are few that are based in science and very few that are effective (DeWeerdt et al.).

With more parents seeking out assistive technologies and therapies that work for their children, this should be a growing field of video game development for many years.


Ern, Anna M. The Use of Gamification and Serious Games within Interventions for Children with Autism Spectrum Disorder. p. 37. https://pdfs.semanticscholar.org/b7b2/dfc2a1621f106d5f43c624008e34cd03dc78.pdf

The purpose of this guide is to develop a set of principles for health and wellness app developers to follow throughout an app project life cycle, so that health care professionals, patients and the public trust their products and services.

A multidisciplinary journal on gaming and gamification including simulation and immersive virtual reality for health education/promotion, teaching and social change.